The novel “Roses from Stalin” (Odeon, Prague, 2015) describes the life of a woman who has been stigmatised her entire life for having been the daughter of Stalin. Whether she lives in the Soviet Union or in India, whether she abandons her children and requests political exile in the United States, that stigma will stay with her up until her death in 2011. This book is like a tightrope on which the reader will try to keep his balance along with the protagonist, Svetlana. The author combines skilful irony together with the existential fear Svetlana confronts in all the different settings of the book: whether these be Stalin’s Moscow, India or the metropolitan jungle of New York. Zgustova, who in her previous novels has described the chaos of life in the 20th century, in this book too, has also managed to capture the state of the world as seen through the intimate universe of her main character. The courage with which this novel has been written and the precision with which it slowly reveals the inner world of its protagonist, will endear it to the reader.
Literární kavárna

“Roses from Stalin” can be read as a powerful story, that of Stalin’s daughter, but also as a sensitive investigation of totalitarian regimes and the manipulative power of any given class in any given time, not only on a social and political level but also as regards human relationships and sects. Svetlana voluntarily abandons herself to the manipulative whims of an American sect and thus loses her fortune (the leader of the sect, Mrs Wright, widow of the well-known architect, is reminiscent of the ‘big boss’ of the nurses in One Flew Over the Cuckoo’s Nest). The novel’s author manages to define the underlining principle behind all totalitarian states and sects: all of them claim that their only concern is the well-being of others. Which is why these ‘others’ are surprisingly quick to cede everything valuable in their possession: their freedom, their self-esteem, their property. This is a book written with great sensitivity which digs deep inside
our era and of the human being who lives in it, described with intelligence, logic and passion.
Bux

Monika Zgustova’s novel is unputdownable. Svetlana’s struggle with her panic attacks, her anxiety, her low self-esteem, her wish to be taken seriously and her excessive respect for male authority (which has come down to her through her father), her standing as a symbol of the Cold War, all of this leads the reader to reflect on this literary personage, who makes such a lasting impression.
ct 24

This story about Svetlana Allilueva, Stalin’s daughter, makes for a substantial book and a fascinating read, so that if you like autobiographical novels, don’t hesitate to read this one.
Klub knihomolů

The two basic questions asked in this book are: what happens to the life of a woman marked by a stigma? And: What are the chances that such a woman has to integrate herself into an unknown culture? Difficult though these subjects are, the novel is finely structured, well put together and convincing.
Český rozhlas – Vltava

What must a person feel when they ask her who her father was – and her father turns out to have been Stalin? The reader follows the life of this sad heroine step by step, enjoying to the full the elegant prose which lightens the tragic destiny of Stalin’s daughter.
Medzi knihami

Although the reader may sometimes not agree with the behaviour of the main character, Svetlana, one never ceases to feel sincere compassion for her: this personage is highly poignant. The novel is not a political pamphlet or a memoir concerning somebody who moves in political circles, and the upshot of this is extremely positive. This is the beautiful story of an exceptional, brave woman who seeks happiness without finding it, a woman who is a victim not only of her father, but also of various mistakes of her own which she is not afraid to admit to. A highly recommendable novel.
Student Point

The only daughter of the Soviet dictator had a highly unusual life, full of tremendous highs and lows. Monika Zgustova’s well written novel is both intriguing and highly original. It is also worth adding that the reader will stay with this novel from the first page to the last without being able to put the book down.
Kosmas

MY RELATIONSHIP WITH THE NOVEL’S SUBJECT MATTER

Following Svetlana Allilueva’s death, on November 22nd, 2011, I found her autobiographical books in a second-hand bookshop in New York. I instantly devoured these two volumes, and kept going back to them time and again. The theme of the dictator’s daughter who, in order to live in a more democratic world, went into exile in the West and abandoned her teenage children in Moscow, struck me as irresistibly interesting. Her life, on top of everything else, was a perfect example of life in the Soviet Union during the Cold War.

There was also an important coincidence: Svetlana fled to the United States from the Soviet Union via India, in 1967. Less than a decade later, my parents, together with their teenage children – my brother and I – left another Communist country, Czechoslovakia, on an organised trip to India, where they requested political asylum in the very same American embassy in which Svetlana, Stalin’s daughter, had done so earlier. I found it interesting to mentally compare Svetlana’s American exile with that of my parents, who were of the same generation as her. When I realised that I simply couldn’t get this subject out of my head, I came to the conclusion that the only way I could put out this mental fire was by reflecting on the decision to go into exile, and on Svetlana’s experience of exile, in a novel.

SYNOPSIS
In a Moscow hospital, in 1963, the thirty-seven year old Svetlana meets an Indian man, also a patient. They discuss politics and Svetlana is favorably impressed when her new acquaintence doesn’t show any negative feelings about the fact that Stalin, at that time dead for ten years, was her father. In a few days Brajesh Singh has to leave the hospital, but the couple meets again in Sochi, a sea resort in southern Russia, where their friendship turns into a love affair. When their stay is over, Brajesh is compelled by the Soviet authorities to leave the country against his will and return to India. It takes over a year for the couple to reunite in Moscow. Nevertheless the Soviet authorities do their best to make Singh’s stay unpleasant; after a year, his poor health gives in and he dies in Svetlana’s presence.

She makes a firm decision to take her partner’s ashes to India and scatter them in the Ganges, which she succeeds in doing. Her three-month stay in Brajesh’s native town on the shore of the Ganges shows her that life outside Russia can be more agreeable, and Svetlana asks for political asylum at the US embassy in New Delhi. After many troubles and adventures, Stalin’s daughter, the symbol of Soviet power in the middle of the cold war, arrives safely at JFK where she is greeted by hundreds of media people from all over the world.

At a press conference in New York City a few days later she recalls her life with her father and is torn between her daughterly tenderness for the man who used to call her “My little sparrow” when she was a little girl and the fact that her father is considered to have been one of the bloodiest dictators of the 20th century. This dilemma will haunt her for the rest of her life, and will turn her into an eternal fugitive.

After some inicial problems of adaptation to a new culture, Svetlana establishes herself at Princeton, New Jersey. On a trip to Arizona two years later she becomes involved with a disciple of Frank Lloyd Wright whom she marries; she has a daughter with him and becomes a prey of the Taliesin Commune’s dictatorial leader: Lloyd Wright’s widow. Svetlana succeeds in fleeing and returning to Princeton… only to run away again, ten years later, this time to Russia. She finds her two children from her previous marriages have changed and after many troubles is able to return to the States. Now a sixty-year old woman, she chooses a Wisconsin forest house, far away from the TV cameras, as a refuge.

In the last scene of the novel, we find an eighty-year old Svetlana, now living in a senior citizen facility in Madison, Wisconsin, helping people and being adored by them.

The author has done a thorough research in order to write her novel; she visited archives and talked to Svetlana’s friends and colleagues in Moscow, Princeton and New York. The novel, written in the third person, is based on Stalin’s daughter’s real life story and depicts the private life of this “strange woman” –who leaves her children behind in Moscow–, caught in the crosshairs of history. 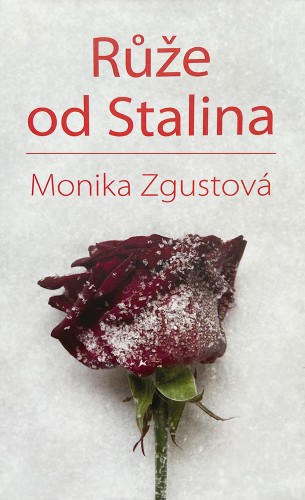