LIFE AND WORK OF BOHUMIL HRABAL

BLURBS – SPANISH PRESS
A beautiful as well as lucid book has emerged from the meetings and conversations which Monika Zgustova had with the author over a year period. It is a book which captures the humor, vitality and philosophy of Hrabal. /…/ Apart from learning things which were new to me, I greatly enjoyed this book, which is both highly readable and profound, which I have no hesitation in recommending to anyone who wishes to know about the man who was my friend, the Czech writer Bohumil Hrabal.
Jirí Menzel, LA FILMOTECA

The Bitter Fruits…  is a varied, highly enjoyable look at the cultural universe of Central Europe in this century; a book which does not seek to substitute Hrabal’s writing, but which awakens interest in it, complements it and enriches it. Monika Zgustova has writen an exceptional book.
José Antonio Millan, EL PAIS

It deserves to be read not only as a refreshing and concerned biography… but also as an account of the influences on Hrabal and of the progress of his work through the years..
Ignacio Vidal-Folch, LA VANGUARDIA

For regular readers of Bohumil Hrabal nothing will be of more profit than this biography of the writer.
Joan Triadú, AVUI

In her book, Monika Zgustová has introduced us to a Hrabal who is at once human, intimate and captivating. This is not a cold and methodical biography: it is an involved work, in which not a single aspect of Hrabal has been omitted.
Joan Rendé, AVUI

In the four years it has taken her to write this book, Zgustová has not only used her abilities as a reader and an admirable skill at capturing the comings and goings of Hrabal’s life, but, above all, has succeeded in incorporating frequent conversations with the writer, as well as contemporary texts reflecting current affairs at the time….The result is is a joy to read, a beautifully written book.
Jordi Llavina, EL TEMPS 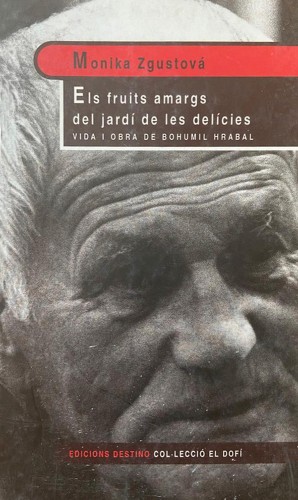