We very much like all those books which we enjoy as we read them, but we like a great deal more those books which we continue to enjoy the day after we’ve finished them, and which we still remember the day after, and when the day after that they form part of us, having all but incorporated themselves into our genetic make-up, and which we will always remember with pleasure and which we will reread from time to time to refresh our memories and re-discover them. And we reckon that Monika Zgustova’s latest novel fits into this latter category: we greatly enjoyed reading this short book, but since then, every time we remember it, as we often do, we get a general feeling of pleasure, what with the narrative efficiency and the curious informative power generated by its hundred and fifty pages. It’s what’s known as a well-made, assiduous book, which achieves everything it sets out to do.
Los Libreros recomiendan (Booksellers recommend)

“A Revolver for Going Out at Night With” is Monika Zgustova’s personal investigation of this pair of immense, all but inaccessible people. It is a literary tour de force, given that it aims to achieve something which at first might seem impossible: the transformation of Nabokov and his wife into characters in a novel with the result that the book is an open-ended work of art and not a faux biography, or a kind of drama-documentary. One starts the novel with some trepidation, telling oneself that as a project, fascinating though it might be, is too difficult to be carried off successfully. But any doubts are quickly dispelled, because this isn’t just a novel, it’s a very beautiful one.
Andrés Ibáñez, ABC Cultural

As one enters the text, one discovers a calm, easy-going style, as well as a finely and precisely drawn ambience with characters to match; thus the reader becomes involved in his or her own good time, in this picture made up of different fragments. Interconnected reflections probe a little deeper into the story, into the motives that lie behind creativity, into the both the light and dark sides of lives which already form part of literary history and which now, moreover, have become literature thermselves.
Inés MacPherson, La Vanguardia Culturas

In this magnificent novelized biography, the Czech writer, translator and journalist Monika Zgustova, who lives in Spain, immerses us in the life and personal relationship that Nabokov’s wife had with the author of the famous ‘Lolita’. The attention-catching title of Zgustova’s book refers to the fact that Vera always carried a revolver in her handbag to protect her and Vladimir.
Federico Aguilar, El Imparcial

What might have turned out to be something of a red herring has given rise to the definitive biography of a larger than life character.
Andrés Rubín de Celis, La Vanguardia Magazine

As can be deduced from Monika Zgustova’s magnificent novel about Véra Nabokov, we need to ask ourselves if Vladimir Nabokov would have been one of the 20th century’s greatest writers without his wife, Véra Nabokov.
Teresa Costa-Gramunt, Nuvol

A text which wants to make us go on reading but in which, in fact, nothing is missing, because a further accumulation of data would wipe out the feeling it gives us of having moved into another world, of having almost physically accompanied people who in some way managed to change reality. In other words, a longer text would have left the novel bereft of its magic.
Un Libro Al Día

In a continuation of her personal approach to 20th century women, Monika Zgustova now focuses on Vera Nabokov, the woman who accompanied the writer Vladimir Nabokov throughout his life. Vera is a diaphanous example of a woman who, aware that she is sharing her existence with an extraordinary man, decides to turn the success of their marriage into her raison d’être.
Europa Press, Andalusia

Monika Zgustova returns to a field that fascinates her: the lives of important women, who have sometimes been eclipsed by the importance of their husbands. She did this with Dalí and Gala, and she has done it again with “”A Revolver for Going Out at Night With”, in which she tells the story of Vera Nabokov.
Heraldo de Aragón

A powerful, graphic title which refers to the revolver that Vera Nabokov always carried in her handbag, to defend her husband from a possible attack or attempt on his life, given that the writer’s father, a Russian politician and lawyer, was shot dead in 1922.
Carmen Sigüenza, EFEMININA

Monika Zgustova’s book is without a doubt the result of exhaustive research which reveals the life and work of Nabokov and his creative processes, at the same time as it explains details of a relationship worthy of an in-depth psychoanalytical study. All of this in a hundred and fifty page book which keeps us reading on and on with the highest possible degree of fascination.
S. Fernández Prieto, La Razón

‘A Revolver for Going Out at Night With’ takes a good look at the relationships Nabokov had with other women, despite Vera’s strict control, and what those relationships meant for Nabokov and his work.
La Vanguardia

Hence the titles of Zgustova’s book, which offers us a woman of character, always solicitous about anything that might happen to her husband. She took on board Nabokov’s failings, reproaching him for never having understood her, just as she also accepted that the memory of Irina would stay with her husband until his dying day.
Ana María Iglesias, Llanuras

Zgustova gives an account of this strange relationship, half-way between love and mutual dependence, and explores the way in which Vera went from admiration of her husband’s talent to a need to control his life and work, even after one of his affairs almost brought their marriage to an end.
Beatriz Rucabado, Pérgola

In a continuation of her personal approach to 20th century women, Monika Zgustova now focuses on Vera Nabokov, the woman who accompanied the writer Vladimir Nabokov throughout his life. Vera is a diaphanous example of a woman who, aware that she is sharing her existence with an extraordinary man, decides to turn the success of their marriage into her raison d’être. Vera was the first reader of her husband’s texts, made fair copies of them and readied them for publication. She organized his life in exile, first in Berlin, then in Paris, and finally in the United States.
El Periódico

SYNOPSIS
Continuing with her particular approach to certain women in the twentieth century, Monika Zgustova has focussed this time on Vera Nabokov, the woman who was Vladimir Nabokov’s lifelong companion. Vera is a very clear example of a woman who, aware that she is sharing her existence with an extraordinary man, decides to turn her husband’s success into her principal reason for living.

Vera is the first reader of Vladimir’s texts, as well as the person who makes neat copies of them and prepares them for publication. She organises the lives of the couple when they’re in exile, first in Berlin, afterwards in Paris and finally in the United States, where she convinces her husband to switch to writing in English and to concentrate on his novels, until they return to Europe, where they settle in Switzerland. She handles the family’s finances and negotiates the contracts for Nabokov’s books and the film adaptations thereof, as well as his contracts with various periodicals. But she also tries to keep a close eye on Vladimir’s friendships, especially the female ones, to the extent that she enrolls as a student at her husband’s university classes. On the other hand, without Vera, would Nabokov have become one of the great writers of the 20th century?

It is inevitable that the following question be raised: was Vera an independent woman, which is how she thought of herself, or did her life completely depend on that of her husband?

The novel also takes a close look at the relationships Nabokov had with other women, despite Vera’s strict supervision, and what they meant for both Nabokov and his books. 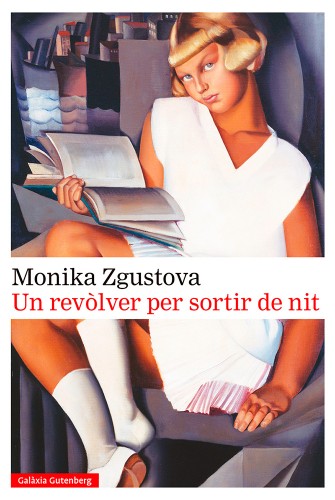 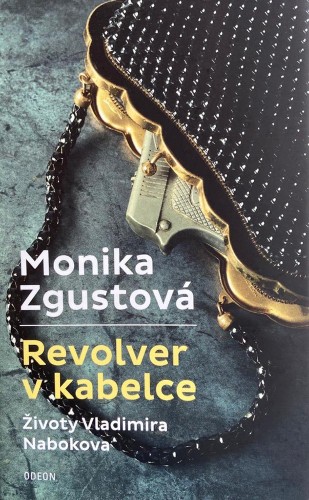